The biggest reason behind Linux popularity is because it’s free and open source. That means anyone can download the OS, make changes, and distribute it how they see fit. This has led to various Linux distributions, each with its unique look, feel, and purpose.

While Linux is often considered more secure than Windows, that’s not always the case. In fact, some malware programs are designed specifically for Linux, making it just as vulnerable as other operating systems. That’s why it’s crucial to have a good VPN for Linux.

A VPN can protect your entire internet connection, not just your web browser. It encrypts all your traffic and routes it through a secure tunnel to a server in another location. This has several benefits, including making it harder for hackers to snoop on your traffic and bypass geo-restrictions.

However, choosing a VPN for Linux can be tricky. There are a lot of factors to consider, such as security, speed, and compatibility. To help you out, we’ve compiled a list of the best VPNs for Linux.

Why Do I Need a VPN for Linux?

If you’re a Linux user, you may know that Linux is often praised for its security. However, this doesn’t mean that Linux is invulnerable to all security threats – far from it. One of the key ways in which you can help protect your Linux device is by using a VPN.

A VPN for Linux will encrypt your data and help to hide your identity and location from potential hackers. It will also allow you to bypass any restrictions or censorship that may be in place in your country. In short, a VPN is a valuable tool for anyone who wants to keep their online activity private and secure.

However, apart from securing your internet connection, a VPN can provide many other benefits:

Features of the Best VPN for Linux

Choosing the best VPN for Linux can be tricky, as not all VPNs are created equal. In this article, we’ll look at some of the best VPNs for Linux currently available. We’ll also give you some tips on how to choose a VPN and how to install it on your Linux device.

There are certain features that the top VPN for Linux should have. These include:

In this section, we will not consider completely free services, as they often come with too many disadvantages. We will look at the top 5 paid VPN services based on the factors below:

We have thoroughly tested many VPNs and included only the best ones for Linux. They work with most distributions of this operating system and are easy to install on the device and use all the time.

If you’re looking for a VPN for Linux, NordVPN is a great choice. It’s one of the most popular VPNs on the market, and it offers a wide range of features and options to suit your needs. NordVPN is a versatile and reliable VPN that can:

NordVPN is available for all major operating systems, including Linux. You can install NordVPN on Ubuntu, Debian, Fedora, and other popular distributions. NordVPN also offers a dedicated app for Raspberry Pi. It is great for Linux users who want a reliable and user-friendly VPN solution. NordVPN offers fast speeds, strong security, and a wide range of features. You can also take advantage of NordVPN’s generous money-back guarantee if you’re not completely satisfied.

If you’re looking for a VPN for Linux, IPVanish is another excellent choice. It’s one of the most well-liked VPNs available, and it offers a variety of features and customization options to meet your needs. Being a flexible and dependable VPN, IPVanish can allow you to watch blocked content, secure your info, and maintain your privacy online.

Just like the previous service, this VPN can be installed on the following Linux distributions:

You can also try a free demo and get your money back if you don’t like the experience of using this service. VPN offers high connection speed, a large number of servers, a kill switch and an intuitive interface, allowing every user to easily use the app without problems.

Surfshark VPN for Linux is a relatively new entrant in the VPN industry, but it has already made quite a name for itself. The service is one of the richest VPN services in terms of overall value, offering top-notch security features at affordable prices. Surfshark is also one of the few VPNs that offer unlimited simultaneous connections, which makes it perfect for families or users who need to protect multiple devices.

If you’re looking for a new VPN provider, Surfshark should definitely be on your radar.

All plans come with a 30-day money-back guarantee, so you can try the service risk-free. Surfshark also offers a 7-day free trial on iOS and Android devices.

ProtonVPN is a virtual private network service provider that offers free and paid services. The free version of ProtonVPN has some limitations. However, it can be used for testing, but it is not the best for regular use.

Paid plans start at $4 per month, and a 7-day free trial is also available. ProtonVPN uses the OpenVPN protocol and AES-256 encryption to keep your data safe and secure.

There are servers in over 30 countries, so you can always find a fast connection. ProtonVPN has a strict no-logs policy, so your privacy is always protected. The ProtonVPN client is very easy to use and is available for:

Private VPN is widely considered one of the best VPN for Linux for many reasons:

However, there are a few disadvantages to using PrivateVPN:

How to Choose a VPN for Linux

Linux is an excellent platform for VPN users. It’s compatible with many VPN applications. However, choosing the best VPN for Linux can be tricky. This is because the industry is filled with so many options, and not all are created equal.
When choosing a VPN for Linux, there are several things you need to consider:

Once you have considered these factors, you can install the VPN on your Linux machine. Most VPNs will provide detailed instructions on how to do this, so simply follow the instructions. Once the VPN is installed, you can connect to it and start using it immediately.

What VPNs to Avoid When Using Linux?

Since free services don’t profit from their customers, it’s difficult for the developers to consistently commit their resources into maintenance. This often leaves users with nothing but a service to constantly complain about.

Let’s take a look at some free VPNs you should avoid if you’re looking for a custom solution for your Linux:

To avoid having a bad VPN experience, it is recommended to avoid free services and opt for paid and reputable services.

How to Test a VPN on Linux?

The best way to test a VPN for Linux is to use the command line tool curl. A curl is a tool that lets you transfer data from or to a server using a variety of protocols, including HTTP, HTTPS, FTP, and SFTP.

To test if your VPN is working, you must connect to a website that shows your public IP address, like whatismyipaddress.com. Then run the following command:

Let’s quickly look at how to properly test a VPN to find the best solution for your device.

So the following factors need to be considered:

Next, you need to test the following parameters:

Wireguard is a new type of VPN that is designed to be faster, simpler, and more secure protocol than those that are used in VPNs now. It’s already available on many platforms, including Linux.

While Wireguard is now cross-platform, it was originally released for the Linux kernel, which means you can set it up manually or use it from an existing VPN application. NordVPN and Surfshark support Wireguard out of the box.

Wireguard works with the next Linux distributions:

If you’re looking for a brand new VPN protocol for Linux, Wireguard should be at the top of your list. It’s easy to set up and use, and it’s been praised by security experts for its robustness.

How to Install VPN on Linux

There are many ways to set up a VPN on Linux. The method you use will depend on your particular distribution and the software you’re using:

If you’re unsure which method to use, we recommend trying a few different techniques to see which one works best for you.

Now let’s move on to a more detailed installation of the VPN service on your Linux device. The only difficulty the user may face is installing the correct package with the correct extension. Since Linux has many distributions, users need to find the right VPN package for a particular distribution.

However, after that, absolutely any user will do the following:

Once you complete each step, you will be able to launch the application and use the terminal or GUI (if the program has one) to connect to the servers.

What Is the Best Linux Distro?

So, distributions such as Ubuntu, Kali and Mint were made on Debian. This means that they generally work the same way. From this, we can conclude that you can use the same packages with a VPN for these distributions, and no conflicts should arise in the system.

However, running Red Hat, you’ll need to look for RPM package installers. Thus, this distribution differs from previous versions. However, the VPN provider often supports several distributions at once and offers several installation packages to allow every user to have the best privacy for Linux.

But there is no need to be worried since we have selected VPN services so that each service will work on almost any Linux distribution, so you will not have problems during installation.

As you can see, there are plenty of great VPNs for Linux in 2022. Among the many options on the VPN market, you can always find the most suitable option for your system. However, you should research and thoroughly test the tool to avoid making mistakes and choose the most appropriate resource for online anonymity.

Try to test the VPN service at home, and not in public places with open hotspots, as your data may be affected. The best way to test a private network is to use a virtual machine. In such an environment, you can do whatever you want and your data without putting your data at any risk. However, if you lack knowledge or computer skills, you can try testing the VPN with an old phone that you don’t use, if you have one. Otherwise, you just have to be extremely careful. 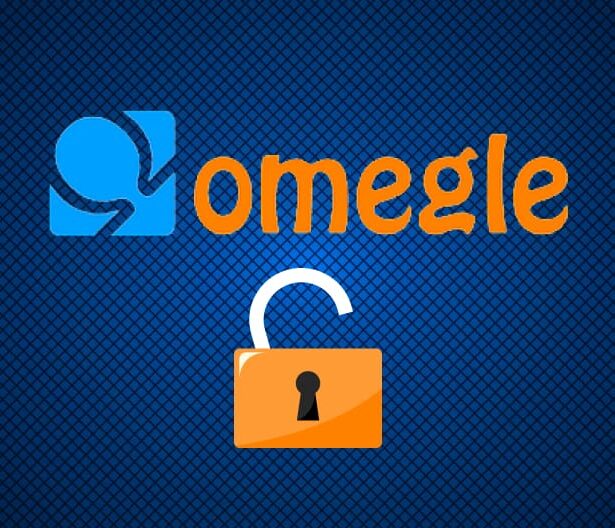 Easy Ways To Get Unbanned From Omegle

Omegle is one of the most popular anonymous chat websites in the world. With the help of Omegle, you can find online friends with whom you can become closer and get to know the cultures of other 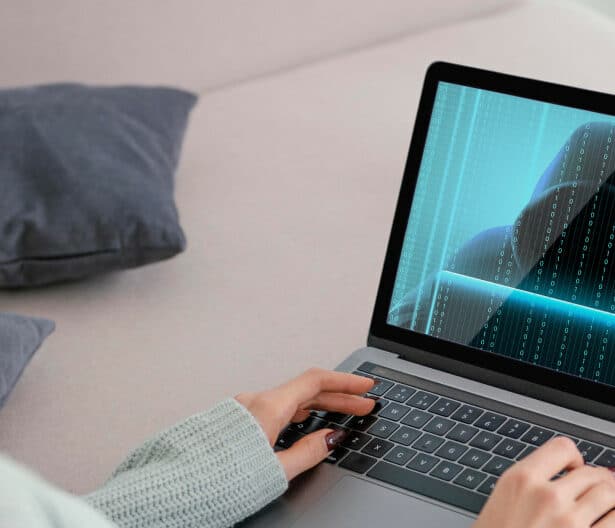 What Is Catfishing on the Internet?

Online dating is a very popular phenomenon. This method is used by millions of network users. And only thousands actually find real friends and love for many years. Most often, the Internet gives 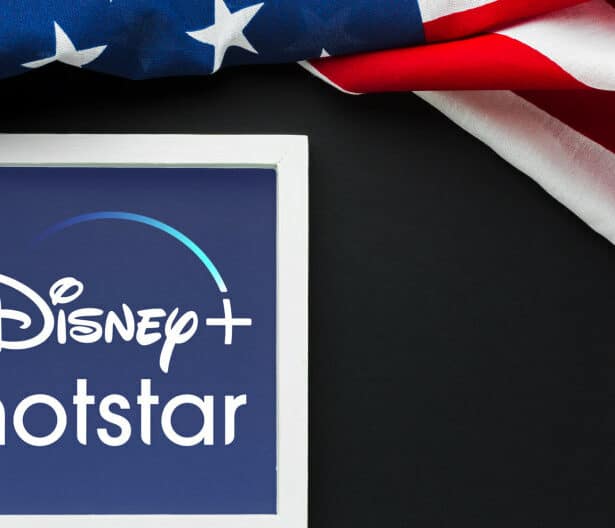 Ways to watch Disney + Hotstar in the USA

Each of us likes using streaming services for watching interesting series in the evening. It’s quite convenient. You can use TV, laptop, or even the phone for watching. However, no matter how 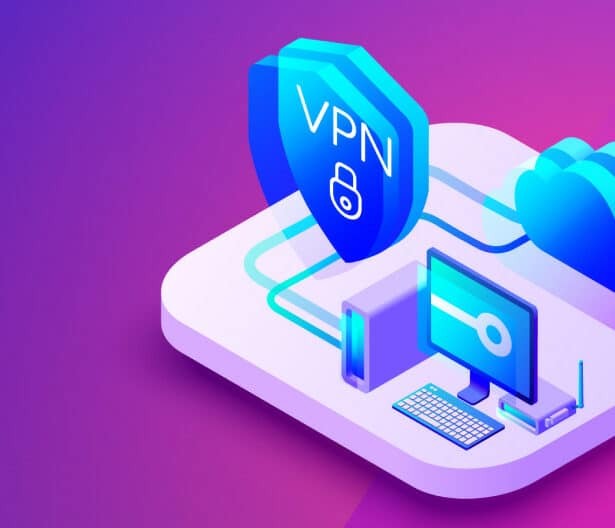 What is port forwarding? Definition, VPN and much more

If you’re new to the world of internet security, you may have heard the term “port forwarding” but do not know what it means.   Many users find it challenging to understand port 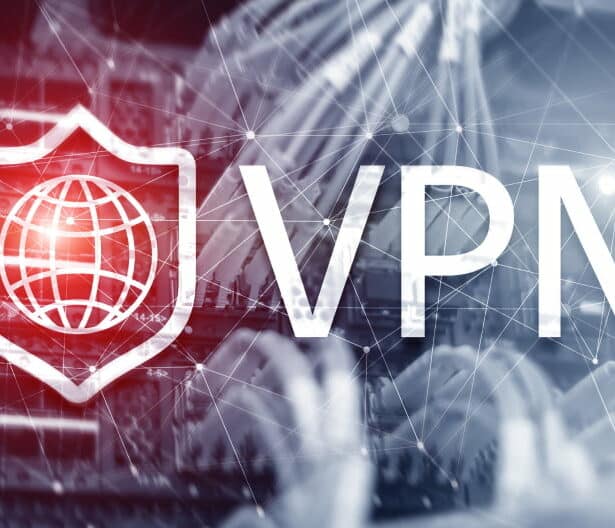 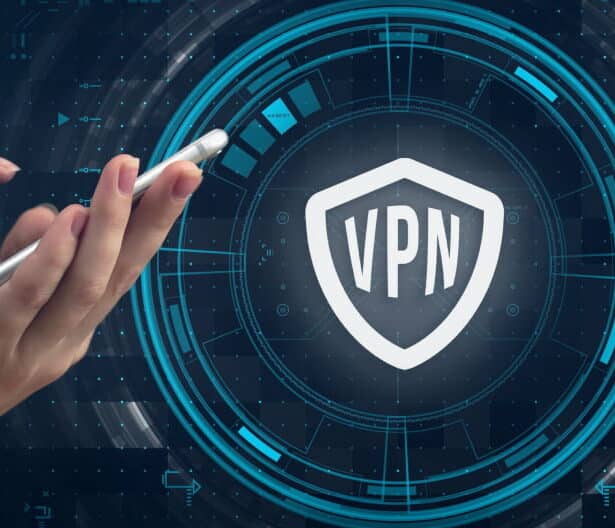 How to See if Someone is Using a VPN

If you’re wondering whether someone is using a VPN, there are several ways to check it. By checking website IP addresses, using packet sniffing or various VPN detection tools and tests, you